On Feb. 2, Orem officials were dispatched to a report an address in Orem regarding reports of a woman, later identified as Lacayo, who was in need of medical care, the statement said.

“Sally was found wandering inside her home with an injury to her wrist which was actively bleeding,” the statement said. “The female appeared to be impaired on an unknown substance and unable to communicate with officers or paramedics and thus was taken into protective custody and transported to Utah Valley Hospital for further medical attention.”

As officers and paramedics were on scene, a 14-month-old child was observed with possible physical injuries.

“Paramedics on scene conducted an initial assessment and found several injuries which appeared to be adult human bite marks as well as a possible burn mark from a cigarette,” the statement said. “The injuries all appeared to be fairly recent to the child leading to concerns the child had been physically abused.”

The child was taken to Timpanogos Hospital where a medical evaluation revealed substantial evidence to support the child was a recent victim of severe physical and sexual abuse, with several human bite marks covering multiple areas of the 14-month-old’s body, the statement said.

Due to additional concerns of injuries which appeared on the baby’s private parts a forensic nurse from the Children’s Justice Center was requested. A sexual assault kit was completed by the forensic nurse.

“During this same exam, digital photographs were also taken to document all visible injuries. After a detailed exam, 36 individual injuries were observed covering the baby … ”

Another eight injuries were found on the child’s genital area. “The injuries documented are consistent with inflicted trauma,” the probable cause statement said.

Lacayo was taking care of the baby during over the three days when injuries were suspected to have occurred.

On Feb. 4, contact was made with Lacayo at Utah Valley Hospital.

“Sally was interviewed over several days while at the hospital for treatment for her own injuries as well as a psychological evaluation for suicidal thoughts,” the statement said. “Post Miranda, Sally admitted to having custody of the baby during the three-day period. Sally further indicated there were no injuries to the baby prior to taking custody, except a small diaper rash and one small bruise on the forehead. During this time period Sally also indicated no one else was with her and the baby until law enforcement involvement.”

The next day, when the child was still under her care, the suspect said the baby spilled food which made the suspect upset.

“Sally indicated the baby was also upset so she then proceeded to playfully bite the baby to make her happy, however she admitted this progressed to aggressive bites due to being angry,” the statement said. “Sally further admitted she later bit her own wrist to punish herself for what she did to the baby.”

The suspect was transported to Utah County Jail with her bail set at $35,000. 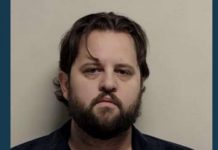 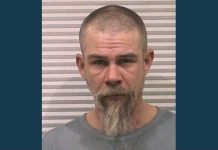