SALT LAKE CITY, Utah, May 11, 2020 (Gephardt Daily) — Police have identified a man who died Saturday afternoon after being struck by a vehicle as he stepped into a Salt Lake City crosswalk.

The deceased has been identified as George Story, 87, according to a watch log from Salt Lake City Police Department.

Story was attempting to cross northbound, and was struck by an eastbound vehicle. Lt. Sloan said it appears the driver and the victim didn’t see each other.

EMS crews responded but the pedestrian was declared deceased at the scene.

The driver remained on scene and has been cooperating with police, Sloan said.

A Crash Analysis Reconstruction Team (CART) responded to the accident site to investigate. 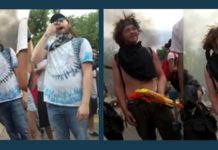