MILLCREEK, UTAH – August 20, 2015 (Gephardt Daily) – Unified Police are looking for a man who pulled a gun on store security after being confronted about shoplifting.

According to Unified Police Lt. Lex Bell, a call came in from the Macy’s Department store, located at 4835 S. Highland Drive, security members around 12:20 p.m. Thursday afternoon. “Members of the store’s loss prevention team went to confront the man after it was suspected he was shoplifting items from the store,” said Bell. “The man turned towards them and pulled a gun, pointed it at them and told them to back up.”

Bell said the men stepped away but then followed the suspect until they could get a description of the vehicle he was driving. “The suspect took off eastbound on Murray Holladay Rd. in an older white Ford F250 truck, partial plate number D58, with a lot of junk in the bed of the truck.”

Police may have an idea of who the man is but said they are looking for a thin white male about 5’5″ tall wearing a white T-shirt, black pants and partially balding.

If anyone has any information about the identity of the suspect they are asking you to call Unified Police dispatch at 801-840-4000. 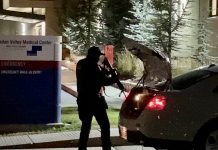 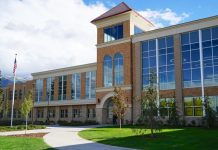 Logan High School locked down after report of man with gun 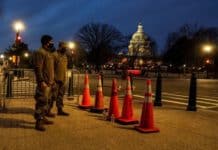