WEST JORDAN, Utah, Nov. 20, 2020 (Gephardt Daily) — Police say a man and woman were both booked into the Salt Lake County jail Thursday night, less than 24 hours after the fatal shooting of the the woman’s boyfriend, who was also robbed of more than 100 pounds of marijuana.

Merrill, believed to be the gunman, also faces one charge of:

The victim has been identified as 39-year-old Raymond E. Ortiz.

At 2:20 a.m. Thursday, West Jordan Police were dispatched to the area of 6909 S. Sparrowtail Road on a shots fired. The arrived at the scene to find a man dead.

“Through the investigation, two suspects were identified, located, and apprehended,” says a probable cause statement filed by an officer of the West Jordan Police Department.

“Through the witness testimonies, video evidence, and other investigative means, it has been found that Sarah Lobato used electronic communicative means to set up a meeting with the intent to use premeditated violence. This violence resulted in the victim’s death.

“Sarah took possession of the victim’s property during the commission of the crime. Sarah was in possession of approximately 100 pounds of a green leafy substance that, based on your affiant’s training and experience smells, and appears to be marijuana.”

The substance will be tested at a state lab later date, the statement says.

“Sarah admitted to destroying evidence after the crime was committed. Sarah admitted that she had a sexual relationship with the victim and they lived together since March 2020.”

Evidence points to Merrill as the shooter, his probable cause statement says.

“Through the witness testimonies, video evidence, and other investigative means, it has been found that Jayton Merrill shot the victim, who later died as a result of the gunshot wounds. Jayton also took possession of the victim’s property during the commission of the crime. Jayton was also found to have discarded evidence.”

Police also have located the car believed used and damaged during the commission of the crime.

Both Lobato and Merrill are being held without bail.
West Jordan Homicide
1 of 9 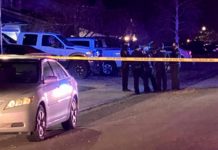 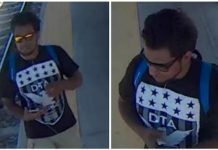