SALT LAKE COUNTY, Utah, June 2, 2016 (Gephardt Daily) — Police have a suspect in custody Thursday night after they say a man in a black pickup:

● Swerved and drove erratically, sideswiping cars and forcing one or more off the road, creating multiple crime scenes on State Route 201 between 6000 West and 8000 West.

● May have contributed to the critical injury of a 30-year-old man who was in the black pickup. The victim fell, jumped or was pushed from the truck, and sustained major injuries. The victim was transported to an area hospital by medical helicopter.

● And the truck driver tried to carjack multiple vehicles, failing to get control of any before fleeing the scene on foot and attempting to enter a residence.

According to a statement from the Utah Highway Patrol, Unified Police Department officers were able to locate the suspect, and tazed him twice before they were able to take him into custody.

The UHP statement said drug use is suspected as a factor in the incident, which started at about 6 p.m. Thursday.

The Utah Highway Patrol and the State Bureau of Investigation will be handling the criminal incident, and the Unified Police Department will be assisting.

The Utah Highway Patrol has not identified the suspect or the man who was critically injured.

This story will be updated when more information becomes available. 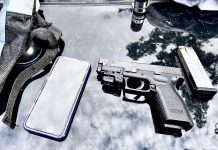 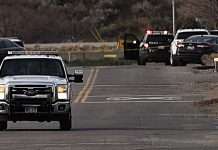