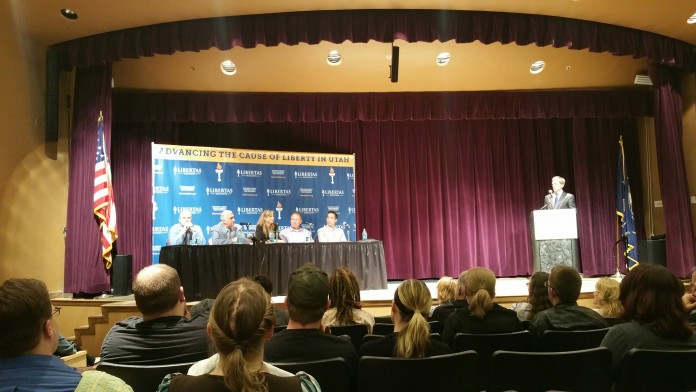 Madsen was the sponsor of SB259, which aimed to legalize medical use of cannabis statewide. The measure failed in Senate by one vote during the 2015 Utah Legislature.

“Few legislators oppose this policy, but there was some legitimate concerns during the previous legislative session that it was happening too quickly and that there were unanswered questions,” said Connor Boyack, president of Libertas Institute. “As a result, we’re holding meetings statewide to openly discuss the bill, field questions, resolve concerns, and educate the public about the importance of and need for medical cannabis as a treatment option for many sick and suffering Utahns.”

Senator Madsen commented, “I’m eager to participate in these meetings. For Utahns like me who sincerely believe in individual liberty and limited government, and who are interested in learning about medical cannabis, these public forums will be invaluable. People need to become informed and weigh in if we are ever going to stop government from making decisions for people that are better left to them and their physicians.”

Madsen spoke last night about his own experience using legal medications and then turning to cannabis. He asked the question “what is the government trying to regulate? My state of mind… that I have a problem with”.

Stenquist spoke on her experience being bed-ridden most of her life and having a father that is a narcotics cop that was open to her being illegally healed since no other medications helped. She said she is now walking and just started a job.

A poll conducted by Y2 Analytics earlier this year found that 72% of likely voters in Utah support the proposed legislation.

To find out more, go to libertasutah.org/