“The enhanced federal, state, and local partnership has led to charges against 24 criminal defendants in Salt Lake City,” says a statement issued by the office of United States Attorney John W. Huber, district of Utah.

Since that time, the partnerships gained have been central to the success of this strategic initiative, the news release says. Leaders from every federal law enforcement agency in Utah with a mission to combat violent crime have joined the partnership, including the Bureau of Alcohol Tobacco and Firearms, the Drug Enforcement Agency, the FBI, Homeland Security Investigations, and the United States Marshals Service.

“The partnership has also gained valuable partners in the Utah State Bureau of Investigation, the Unified Police Department, the Salt Lake County Sheriff’s Office, and the Salt Lake County District Attorney’s Office,” the statement says. “Since the beginning of January, this partnership has resulted in 24 defendants who present a threat to the safety to the citizens of Salt Lake City being charged or convicted in federal court.”

Of the two dozen defendants:

Cases “that have come from the partnership,” the statement said, include the following:

Jordan Gonzales, 27, of Salt Lake City, who was allegedly involved in a drive-by shooting on January 20 in Salt Lake City. Gonzales was charged in federal court with one count of illegally possessing a firearm within a day of his arrest thanks to the ATF.

“The federal complaint filed by the United States alleges that Gonzales is a Norteno gang member who was the driver of a car involved in a drive-by shooting who fled from the police during a pursuit. After his vehicle became inoperable, it is alleged that Gonzales exited the driver’s side door, began to flee on foot, and removed a firearm from his waistband while an officer was within 5 to 10 feet of him.

“Due to the efforts of the SLCPD, the firearm was recovered, and Gonzales was apprehended after the deployment of a K9 officer. Gonzales’ case is currently pending in United States District Court.”

Brian Keith Stack, 60, of Salt Lake City, is currently under indictment in federal court for allegedly enticing a minor to engage in sexual activity in Salt Lake City. Stack was charged by a federal grand jury with two counts related to the enticement of a minor and the attempted production of child pornography.

“This case was investigated by the SLCPD and brought to federal court due to the enhanced partnership with the United States Attorney’s Office,” the statement says.

Artemio Rivera-Luna, 34, of West Valley City, has been charged with three counts
related to the distribution of multiple pounds of heroin and methamphetamine, along with the illegal possession of nine firearms.

“Due to the partnership with HSI and SBI, Rivera-Luna was charged in federal court on January 20 for conduct that occurred in Salt Lake City, and his case is currently pending,” the statement says.

Kirk Madsen, 41, of Granstsville, has been federally indicted for the possession of illegal firearms. Madsen allegedly opened fire with a large capacity automatic rifle outside of a Salt Lake City apartment complex during a domestic violence related incident. According to court documents, he admitted to emptying an entire 30 round rifle magazine during the incident.

“Because of the close partnership between the FBI, SLCPD, and the USAO, Madsen was arrested and indicted on federal charges on Feb. 3,” the statement says. 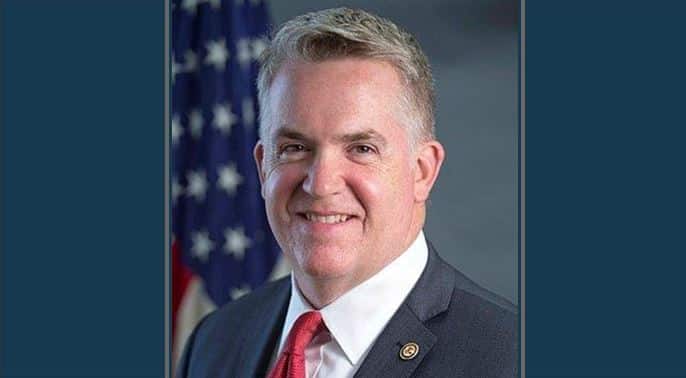 Huber said he was pleased with the partnership’s progress.

“We mean what we say,” he said in the released statement. “As partners, we
are serious in our commitment to aggressively pursue justice in Utah’s capital. Our goal is to make Salt Lake City a safer place, and after one month of targeted work, we are off to a promising start.”

“It’s our job to ensure residents, businesses, and visitors are safe in Salt Lake City and I am encouraged by the early outcomes of this partnership,” she said. “These apprehensions are an important step in making a difference for our community and reducing our crime rates.”

“While we expected to see some early success, the results so far have exceeded our
expectations,” Brown said “Keeping these offenders off the street not only helps bring justice to their victims, but also keeps others from becoming victims,” said Salt Lake City Police Chief Mike Brown. “The success of our partnerships will ultimately be measured in our ability to keep our community safe by limiting the opportunity for criminals to pray on our neighbors, and this is a great start.”

Indictments are not findings of guilt, the statement noted. People charged in an indictment are presumed innocent unless or until proven guilty in court.

Mendenhall and Brown discussed the crime reduction initiative on an episode of “The Bill Gephardt Show.”