TOOELE, Utah, March 2022 (Gephardt Daily) — A man drove himself to the hospital after being shot by an intruder early Sunday inside his parents’ Tooele home, according to Tooele City Police.

“An adult male was at his parents’ house, and he heard some type of commotion upstairs,” Lt. Jeremy Hansen, Tooele Police Department, told Gephardt Daily.

“He was in the basement of the house. He heard something and went upstairs to investigate,” Hansen told Gephardt Daily. “As he was approaching one of the bedrooms where he thought he heard the sound, he was shot.”

Hansen said the victim, shot in the shoulder, is in stable condition. He drove himself to a local hospital, then was transported by ground ambulance to a Salt Lake City area hospital. The injury is not life-threatening.

“We don’t know who the suspect is,” Hansen said. “All we have is that he’s believed to be in his 20s or 30s. He was wearing all black and he had a black bandana over his face.”

Anyone who knows more, or may have caught an image on a doorbell or security camera is urged to call the Tooele Police Department.

“We’d like them to review what they have and call us if they captured anything related to the incident,” Hansen said.

Hansen detectives are canvassing the neighborhood, and have talked to the hospitalized victim, “So that’s where we’re at for right now.”

A Department of Public Safety helicopter searched for the suspect overnight, he said.

The Tooele City Police Department main number is 435-882-8900. It can also be reached through its Facebook page or by emailing [email protected] 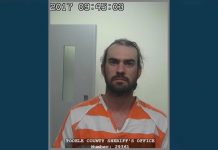 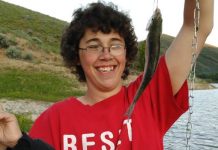 Police Looking For Runaway Juvenile Out Of Tooele