Officials are on the scene of the crash, in which a freight train struck a Union Pacific service vehicle that was on the same track, Uinta County Law Enforcement Services said in a news release on Facebook just before 11 a.m.

No one was injured in the crash, the news release said.

Officials added U.S. 412 will be closed for several hours while railroad officials investigate the crash.

The sequence of events that led up to the incident was not immediately made clear. 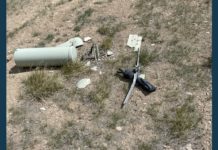 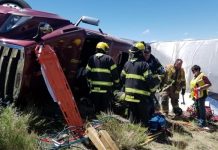 Uinta County officials working on extrication after crash on I-80