CEDAR CITY, Utah, May 25, 2022 (Gephardt Daily) — The Utah Shakespeare Festival has announced the sudden departure of its artistic director, Brian Vaughn, just weeks before the launch of the summer repertory season.

A statement from the arts organization offers no hint as to what prompted the move, or whose decision it was to part ways.

“Brian Vaughn, artistic director of the Utah Shakespeare Festival, has stepped down from his position effectively immediately,” it says. “The Festival cannot comment on the specifics of individual personnel matters.

“The Festival remains committed to a 2022 season that enriches, entertains, and educations its regional and national audiences. Thank you, The Utah Shakespeare Festival staff.”

Five of the season’s eight full productions will debut in less than a month.

Attempts to reach Vaughn for comment were not immediately successful.

The Utah Shakespeare Festival was established by Fred C. Adams. R. Scott Phillips was named executive director in October 2007, succeeding Adams at the helm of the Festival.

Adams functioned as executive producer emeritus and executive director of the Festival Centre Project until his death in 2020. David Ivers and Brian Vaughn were named artistic directors in 2011, according to a history on the Festival’s Wikipedia page.

“A six-member executive council works with Phillips, Ivers, and Vaughn as the day-to-day leadership,” the page says.”

This year’s play lineup is:

“The Sound of Music,” with music by Richard Rodgers, lyrics by Oscar Hammerstein II, and book by Howard Lindsay and Russel Crouse. June 23-Oct. 8.

“Clue,” by Sandy Rustin, based on a screenplay by Jonathan Lynn. June 25-Oct. 8.

For more information on the festival or to order tickets, visit bard.org. 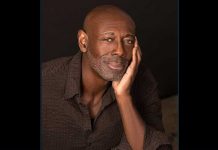