Mitt Romney, in a flight full of patriots in their way to DC pic.twitter.com/t9uq3vkCo5

It’s doubtful that Romney anticipated such a verbal bashing, although he may have had a clue when he was accosted at the Salt Lake International Airport by a woman who insisted on approaching him sans mask and bombarding him with questions about his lack of support for President Trump.

“Are you going to support him in the fraudulent vote…?,” she asks as the senator gives a somewhat muffled response while attempting to discourage further discussion.

“These people won’t be able to walk down the street.”

Trump supporters are planning to stage a massive protest in Washington, D.C., on Wednesday when the Electoral College votes are to be certified in favor of President-elect Joe Biden.

Utah Reps. Chris Stewart and Burgess Owens have said they will challenge Biden’s presidential election victory because they believe that Donald Trump actually won more votes, despite the fact that ballots have been recounted and lawsuits claiming voter fraud have been thrown out by judge after judge.

On Monday, Stewart tweeted, “After serious thought and consideration, I will not vote to certify the election. I believe there are critical questions that need to be answered concerning our Presidential election.”

Owens has contended that there is “no question” that President Donald Trump was reelected to a second term.

“There’s no question in my mind that I think he won,” Owens said.

After it became clear that several lawmakers plan to object to the ceremonial certification of the election results on Wednesday, nearly 200 business leaders urged Congress on Monday to certify the results of the presidential election.

A letter issued by nonprofit organization Partnership for New York City and signed by a large swath of business people, stated in part:

“President-elect Joe Biden and Vice President-elect Kamala Harris have won the Electoral College and the courts have rejected challenges to the electoral process. Congress should certify the electoral vote on Wednesday, Jan. 6. Attempts to thwart or delay this process run counter to the essential tenets of our democracy.” 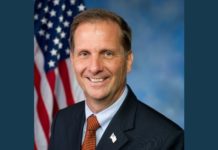 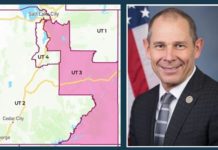 Rep. John Curtis has ‘no plans to object’ to electoral certification to finalize election results