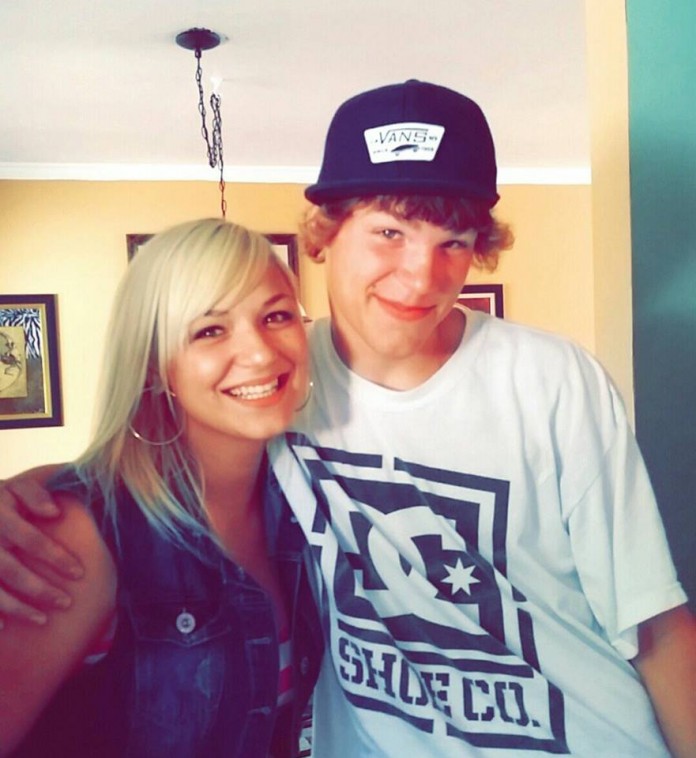 WEST JORDAN, UTAH – May 16, 2015 (Gephardt Daily) A West Jordan family is asking for the public’s help to find a man who they say saved a loved one last night.
[one_fourth]

[/one_fourth]
Jacob Churchill,16, was found by a man on a bike after he had a seizure on the trail located at 7800 S. Mountain View Corridor while long boarding.

According to West Jordan dispatch, a man called 911 about 8:30 p.m. after finding the teen having a seizure and unresponsive. Jacob was rushed to the E. R., then taken by life flight to primary children’s hospital. Due to privacy issues, the police or dispatch are not allowed to disclose the identity of the caller.

Taylor, Jacob’s sister says they consider this man to be their family’s hero. “The paramedics said he was probably the last biker that night and if he wouldn’t have found him, he wouldn’t have made it,” said Taylor.

Jacob’s family says they understand the reasons dispatchers cannot disclose the man’s identity, so they are turning to social media to hopefully locate him so they can thank him for saving Jacob’s life.  “If you amazing people could share this post so we can thank this wonderful person, we would forever be grateful!,” said Taylor.

Taylor further stated that they could not imagine their life without him. “My brother is the fifth oldest of eleven kids and our mother is single and a full time nurse, without these essential people, Jacob wouldn’t be alive today.”

As far as Jacob is concerned, Taylor said he was doing better and the doctors were waiting for him to be more coherent before they clear his spine. “He is real lethargic right now and the long term affects are still unknown until they’re able to do more testing.”

For now the family has set up a GoFundMe for anyone wishing to help their mom cover the medical expenses and aftercare for Jacob.

Anyone who knows anything about this “hero’s” identity can call Jacob’s sister, Taylor McKay Ballstaedt-Rodriguez at 801-674-8196.