ROME, Aug. 25 (UPI) — The death toll from a 6.2-magnitude earthquake in Italy rose to at least 250 on Thursday as search and rescue personnel worked to find more survivors trapped under piles of rubble — even as more aftershocks rumbled around them.

Officials warned that the death toll may rise further if people possibly trapped in the rubble are not rescued soon.

“For this phase, it’s important that we continue to dig through the rubble and also offer assistance to the population, providing beds, and food, and letting them know that they’re not alone,” Nicola Zingaretti, the president of the Lazio Region, said.

“In tragedy there is complete solidarity.”

Hundreds of aftershocks are complicating rescue efforts in the region and damaging already unstable buildings. Most deaths — 190 — occurred in the Rieti province, while 57 died in the Ascoli Piceno province.

The quake struck at 3:36 a.m. local time with an epicenter 47 miles southeast of Perugia at a depth of 6 miles Wednesday, the U.S. Geological Survey reported.

Italian Minister of Health Beatrice Lorenzin said many of the victims are children.

Sergio Perozzi, the mayor of the heavily affected city of Amatrice, said three-quarters of the town had been destroyed and no buildings were safe for shelter. Many Amatrice residents spent the night outdoors. Authorities have advised everyone other than rescue workers to leave Amatrice.

There were cheers in the village of Pescara del Tronto late Wednesday after a 10-year-old girl was pulled alive from rubble after being trapped for 17 hours. 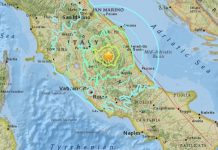 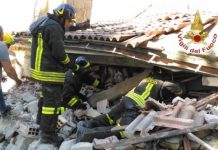 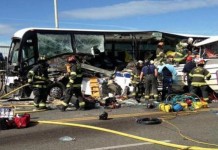