March 6 (UPI) — A U.S. military program to disinter hundreds of unknown remains buried at a national cemetery in Hawaii has identified Army Chaplain Capt. Emil J. Kapaun 70 years after his death in the Korean War.

The Defense POW/MIA Accounting Agency said Kapaun, of Pilsen, Kan., died May 23, 1951, of prolonged malnutrition while a prisoner of war at a Chinese-run camp along the North Korean border.

Kapaun served in the war with the 8th Cavalry Regiment, 1st Cavalry Division. His unit came under heavy fire from Chinese forces Nov. 2, 1950, near Unsan, North Korea, and was ordered to withdraw.

About one-quarter of the unit made it back, but Kapaun chose to stay with the wounded, who became trapped and captured. He worked with a Chinese military officer to negotiate a safe surrender.

“Even after he became gravely ill, Kapaun continued to serve as a spiritual leader for his fellow prisoners, encouraging them to faithfully await their release and regularly defying his captors to bolster the collective morale of the POWs,” the DPAA said in a release.

Former President Barack Obama posthumously awarded Kapaun the Medal of Honor in 2013 for his “conspicuous gallantry and intrepidity at the risk of his life.”

“After 70 years Chaplain (Capt.) Kapaun has been accounted for. His heroism and resilient spirit epitomized our Army values of personal courage and selfless service,” acting Secretary of the Army John E. Whitley said Friday.

In 1993, Pope John Paul II declared a Servant of God, the first step in the process toward canonization in the Catholic Church.

Kapaun was originally buried in a camp cemetery, but he was reinterred along with 867 others in the unknowns section of the National Memory Cemetery of the Pacific in Hawaii. The DPAA began a Korean War project in 2018 to disinter and identify those buried in this section section. 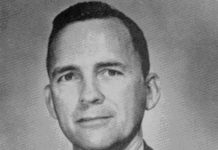 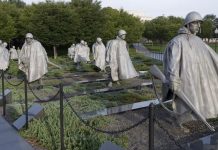