Shannon Lamb, 45, was on the run after fellow professor Ethan Schmidt was shot in the head in his office at the university, located about 115 miles south of Memphis, Tenn. Lamb was also the suspect in the shooting death of his live-in girlfriend, Amy Prentiss, 41, hours earlier.

Police said Lamb ran into a wooded area near Greenville, Miss., located about 50 miles southwest of the university. Police heard a single gunshot and later found Lamb’s body. He was pronounced dead at a local hospital. Gautier Police Chief Dante Elben said Lamb was bent on not going to jail.

Investigators are still trying to piece together details to determine the motive for the shootings. Delta State University President William LaForge said Lamb and Schmidt knew each other. Lamb was assigned two online geography courses for the fall. He had recently reduced his workload due to an unspecified medical condition. Lamb earned his Ph.D. from Delta State in 2014, where he also taught social science education and was considered an expert on high-stakes testing.

“We’re not going to speculate on a motive until we have facts in hand,” Cleveland Police Chief Charles Bingham said.

Lamb’s death culminated a day-long panic on campus and the surrounding community. Classes and campus activities, including the school’s 90th anniversary commemoration events, were canceled Tuesday. Students were told not to report to classes. A candlelight vigil was scheduled for 7 p.m. Tuesday. The school has also scheduled a series of counseling sessions for Tuesday. 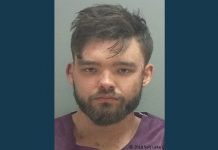 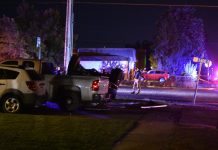