YAOUNDE, Cameroon, Oct. 22 (UPI) — At least 53 people were killed and about 300 others were injured after an overloaded train derailed in Cameroon.

Cameroon’s Transport Minister Edgar Alain Mebe Ngo’o confirmed the train was traveling between the capital city of Yaounde and the city of Daoula when it derailed near the central town of Eseka, according to RT.

The train was overloaded with passengers after a nearby bridge collapsed forced commuters to seek alternative travel options, CNN reported.

It is unclear what caused the derailment, as the 20-car train began exhibiting issues after traveling about three miles from the station in Eseka.

President Paul Biya offered condolences to the victims and their families. His office announced an investigation into the cause of the derailment was underway. 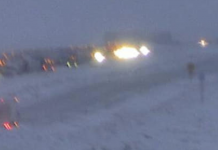 Dramatic video: 2 dead, others injured in 50 vehicle pile-up on I-80 in Wyoming 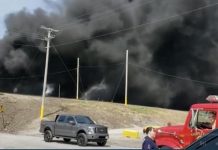