A rally of teachers in the morning and a youth-led march during the afternoon drew tens of thousands to the streets in support of a pro-democracy movement that is pushing against the increasing influence of Beijing on Hong Kong affairs.

“Hong Kong is our home,” said Ikie Fung, a 23-year-old student who joined the afternoon protests. “We cannot let this place die. We can’t let Hong Kong turn into China.

Marchers chanted a variety of slogans that have emerged during the summer of protests, including “add oil,” a common Hong Kong expression that is a show of support and encouragement.

The protest movement began in earnest in early June in response to an extradition bill that would make it easier for criminal suspects to be tried in mainland China’s court system. It has evolved into a movement that seeks to hold onto autonomy in legal and political affairs under the “one country, two systems” arrangement with Beijing that has been in place since 1997.

Another frequent refrain Saturday was “an eye for an eye,” referring to a female medic who was allegedly blinded in one eye by a police projectile last weekend. The phrase and the image of the wounded girl has becoming a rallying cry for protesters, highlighting anger with what many consider the brutal tactics Hong Kong police have employed.

“The police have worsened the situation,” protester Margaret Ho said. “They attack and harass protesters and beat innocent citizens and the government hasn’t done anything to stop them.”

As the afternoon march dispersed, a splinter group of protesters defaced the headquarters of the Hong Kong Federation of Trade Unions, an organization widely viewed as pro-Beijing and which has been critical of the protest movement, with eggs and graffiti.

Another group massed near a police station along the busy commercial thoroughfare of Nathan Road. A large police contingent in riot gear emerged and a standoff ensued for several tense minutes before protesters ultimately dispersed.

Many chanted that they were saving their energy for tomorrow, when a major demonstration organized by the Civil Human Rights Front is scheduled at Hong Kong’s Victoria Park. The organizers were responsible for the massive rallies in June and July which drew hundreds of thousands of participants, and most are expecting an enormous turnout Sunday.

Sunday’s demonstration could prove to be a litmus test for which direction the protests are heading, as the movement showed signs of strain this week with an airport sit-in that grounded hundreds of flight and turned violent. The chaos swayed some public opinion against the protesters, and prompted organizers to apologize.

All eyes will continue to be on Beijing, which has decried the protests as “terrorism emerging” and has vowed not to let things get out of control. Chinese state-run media has carried videos showing armored troop carriers driving to the border city of Shenzhen.

However, China seems to be concentrating for the moment at exerting pressure on Hong Kong’s business community. Rupert Hogg, the CEO of Hong Kong flagship carrier Cathay Pacific, resigned suddenly on Friday along with other senior officials after heavy criticism from Beijing over some of its staff supporting the protests.

The pro-democracy protesters on Saturday, however, said that they were not afraid of China.

“I’m not worried about Beijing,” said 49-year-old teacher Kacey Wong. “If they send their murderous [People’s Liberation Army] into Hong Kong we will go on a general strike and shut down the city. The whole world will see how brutal they are.”

Other demonstrators on Saturday said they had no plans of stopping their movement until all of their demands are met. In addition to the withdrawal of the extradition bill, protesters have called for unpopular Hong Kong leader Carrie Lam to step down, as well as an investigation into the actions of the police during the demonstrations and direct elections to choose the city’s political leaders.

“We will not stop until the government treats us humanely,” said Belle Lau, 27. “This movement has many different classes, many different ages. Hong Kong people have never been as united as we are now.” 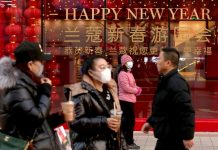 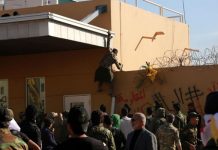