Sept. 15 (UPI) — Over the last three decades, more than half of all U.S. criminal convictions involving innocent people — who were later exonerated — involved some kind of misconduct by police or prosecutors, a criminal justice report showed Tuesday.

The report was the result of an analysis of 2,400 cases listed in the National Registry of Exonerations from 1989 through Feb. 27, 2019. Of those cases, misconduct was involved 54% of the time, it said.

“As calls to reimagine the nation’s criminal justice system grow, these new data underscore the need for more discipline and professionalism by police and prosecutors,” a release accompanying the report said.

Of the exonerations reviewed, 30% involved prosecutors, 34% police, 3% forensic analysts and 2% child welfare workers. The report also noted that misconduct was more likely to occur in exonerated murder cases (72%) than non-violent crimes (32%). In white-collar crimes, prosecutorial misconduct is more than five times as frequent as misconduct by police.

Among misdemeanors — which account for 80% of all criminal convictions in the United States — 4% of exonerations involved misconduct.

Following months of protests against racial bias in U.S. policing, the researchers said they also reviewed demographic data and found that later-exonerated Black defendants are more likely to be victims of misconduct (57%) than White defendants (52%).

The divide is even greater in exonerated death penalty cases, which finds 87% misconduct for Black defendants and 68% for Whites. The difference is greatest in drug crimes, 47% to 22%.

Tuesday’s report recommends criminal justice reforms to mitigate such misconduct, including audio recordings for all interrogations and lineups, greater supervision, leadership and work cultures, more resources to allow law enforcement to do their jobs properly and better enforcement of existing rules.

“The great majority of wrongful convictions are never discovered, so the scope of the problem is much greater than these numbers show.” 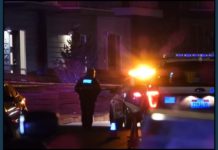 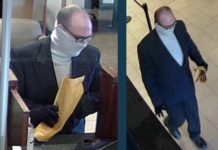