PARIS, Nov. 12 (UPI) — The Bataclan, the Parisian music hall where 90 people were killed in a terrorist attack a year ago, reopened Saturday with a concert by Sting that served as a memorial to the dead.

The show was expected to draw a crowd of 1,500 and sold out in minutes when it was announced last week. In addition to music fans, family members of those who were killed were invited to attend.

“We have two tasks: to honor victims who lost their lives and to honor music and life,” Sting said according to The Local.fr, after walking on stage.

The concert took place amid tight security. Police closed the streets surrounding the Bataclan, creating a wide perimeter around the entrance. There was also a heavy media presence outside the venue.

Jihadists targeted the Bataclan during a Friday night concert by the band the Eagles of Death Metal. Three suicide bombers detonated themselves, and others in the group opened fire on the concert-goers, killing 90 people. Another 40 people were killed in coordinated attacks on other restaurants and a soccer stadium, in the single worst incident of violence in Paris since the end of World War II.

In the year since the carnage, owners of the Bataclan gutted the interior of the 19th century concert hall, but acknowledged, eventually, the show must go on.

Proceeds from the concert will be donated to two charities dedicated to supporting the families of the victims of the Paris attack.

Sting opened the show, speaking in French, and observing a minute of silence before kicking off an hourlong set with the song “Fragile.” It contains the lyric “nothing comes from violence/and nothing will.” 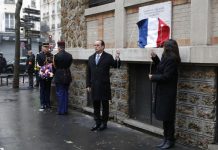 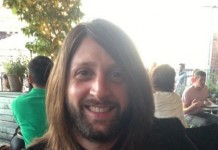