The Foreign Office said the referendum was a “once in a generation vote” and the decision “must be respected.”

The referendum to leave the EU, known as Brexit, was supported 52 percent to 48 percent on June 23.

The online petition, set up by William Oliver Healey, gained more signatures than any other on the Parliament’s website.

The petition had said: “We the undersigned call upon HM Government to implement a rule that if the remain or leave vote is less than 60 percent, based on a turnout of less than 75 percent, there should be another referendum.”

The referendum turnout was 72.2 percent, according to the Electoral Commission.

A government email said the referendum was “one of the biggest democratic exercises in British history with over 33 million people having their say.”

Parliament must consider all petitions that receive 100,000 signatures, but the Foreign Office responded to the petition by email on Friday night.

The statement said: “The act was scrutinized and debated in parliament during its passage and agreed by both the House of Commons and the House of Lords. The act set out the terms under which the referendum would take place, including provisions for setting the date, franchise and the question that would appear on the ballot paper. The act did not set a threshold for the result or for minimum turnout.

“The prime minister and government have been clear that this was a once in a generation vote and, as the prime minister has said, the decision must be respected. We must now prepare for the process to exit the EU and the government is committed to ensuring the best possible outcome for the British people in the negotiations.”

The committee also was verifying signatures and already has thrown out 77,000 fraudulent ones. 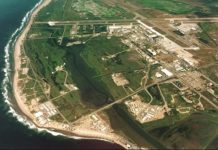 More than $17.5M awarded to Jacob Technology for services 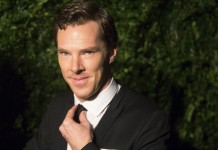