July 11 (UPI) — Pfizer on Tuesday said it would reverse its decision to raise prices on dozens of drugs after pressure from President Donald Trump.

Last week, the pharmaceutical giant announced it would raise prices on a long list of drugs, including drugs for lung cancer, blood pressure and erectile dysfunction, by more than 10 percent. But the announcement prompted a response from Trump, who said in May that pharmaceutical companies will be lowering prices.

“Pfizer & others should be ashamed that they have raised drug prices for no reason,” Trump tweeted on Monday. “They are merely taking advantage of the poor & others unable to defend themselves, while at the same time giving bargain basement prices to other countries in Europe & elsewhere. We will respond!”

That response apparently came on Tuesday, when Trump met with Pfizer CEO Ian Read and Health and Human Services Secretary Alex Azar. After the meeting, Trump tweeted that Pfizer will reverse the price hikes.

“Just talked with Pfizer CEO and @SecAzar on our drug pricing blueprint,” Trump tweeted on Tuesday. “Pfizer is rolling back price hikes, so American patients don’t pay more. We applaud Pfizer for this decision and hope other companies do the same. Great news for the American people!”

Pfizer confirmed that it will reverse the price hikes, but said that decision will be temporary pending the outcome of Trump’s “blueprint to strengthen the healthcare system and provide more access for patients.”

“The company will return these prices to their pre-July 1 levels as soon as technically possible, and the prices will remain in effect until the earlier of when the president’s blueprint goes into effect or the end of the year — whichever is sooner,” Pfizer said in a statement. 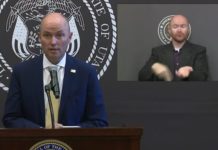 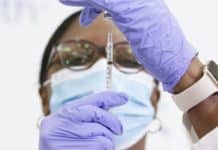