Sept. 2 (UPI) — The Philippines is moving forward with projects that involve a Chinese firm under U.S. sanctions.

Subsidiaries of Beijing-owned China Communications Construction Co. are under U.S. sanctions targeting Chinese militarization of the South China Sea. Those restrictions are not of concern, Manila said Tuesday.

“Americans can blacklist Chinese companies in their territories in America and maybe in their military bases under their jurisdiction,” Philippine President Rodrigo Duterte’s spokesman Harry Roque said Tuesday, according to Rappler.

“But what the president said was clear: He will not follow the directives of Americans because we are a free and independent nation and we need those investments from China.”

Roque also said the Philippines is “not a vassal state of any foreign power.”

Duterte has been building a relationship with Chinese President Xi Jinping since his election in 2016. China has offered loans and investment pledges to help with Duterte’s $180 billion infrastructure program.

China Harbor Engineering Co., a CCCC subsidiary that is not under U.S. sanctions, is to begin work on a railway project linked to two former U.S. military bases in the Philippines, according to the Nikkei Asian Review on Tuesday.

There is disagreement in Manila over the decision to work with Chinese companies.

“If I find that any of those companies are doing business with us, then I would strongly recommend that we terminate the relationship with that company,” Locsin told CNN Philippines on Friday.

CCCC Dredging Group, a company under U.S. sanctions, is collaborating with Philippine firm MacroAsia for a $10 billion airport project south of Manila.

All non-native LDS missionaries ordered out of the Philippines 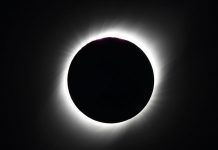