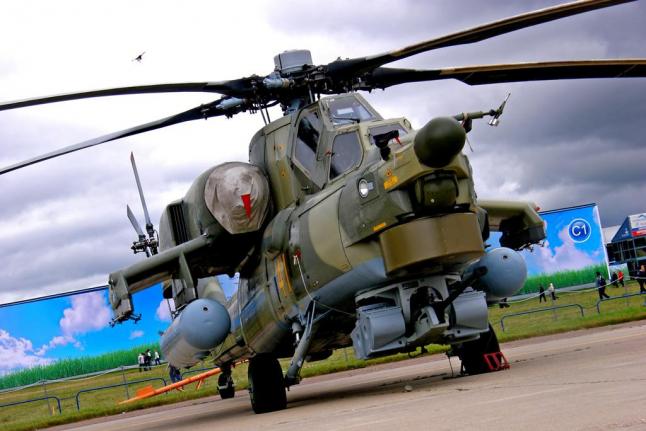 DUBROVICHI, Russia, Aug. 2 (UPI) — A Russian military pilot was killed after his Mi-28 attack helicopter crashed during a demonstration in central Russia, according to reports.

Lt. Col. Igor Butenko was killed when the aircraft spun out of control and crashed, bursting into flames, after attempting to perform stunts and fire flares with three other helicopters, the BBC reports.

The incident occurred at the Dubrovichi testing range in the Ryazan region, about 100 miles southeast of Moscow.

The Russian military has grounded its fleet of Mi-28 helicopters in the wake of the accident and is investigating the cause of the crash.

Butenko’s co-pilot is reported to have jumped to safety and said the helicopter went down because of a hydraulic failure. Russian Air Force Commander-in-Chief Viktor Bondarev echoed that assessment.

No spectators were injured during the incident.

The helicopter is the fifth Russian military aircraft — including two MiG-29 and one Su-24 jet fighters, as well as one Tu-95 strategic bomber — to have crashed since June,according to Xinhua news agency.