KRAKOW, Poland, Dec. 31 (UPI) — The Polish government secured a deal with a private foundation to acquire one of the world’s largest private fine art collections, which includes a rare painting by Leonardo da Vinci.

The Czartoryski collection, which includes more than 86,000 manuscripts, historic documents, sketches and paintings, has been a part of Polish cultural heritage since the early 19th century, when it was assembled by Princess Izabela Czartoryski in 1802.

The collection includes the famous da Vinci portrait Lady With An Ermine, one of just four portraits the artist completed of a woman. The collection also includes Rembrandt’s Landscape With The Good Samaritan and sketches by Rembrandt, Renoir and Albrecht Durer.

Under terms of the sale, should the Raphael painting resurface, the Polish government would become its rightful owner, without further cost as part of the purchase agreement.

The foundation’s leader, Prince Adam Karol Czartoryski, a descendant of Princess Czartoryski, agreed to sell the collection to the Polish government for $105 million, well below its estimated market value of $2 billion. Since taking power a year ago, the right-leaning Polish Law and Justice party government has made securing items of cultural significance a major priority.

Polish Culture Minister Piotr Glinski lauded the Czartoryski Foundation for doing its part to ensure the collection as a publicly owned point of pride for generations to come.

The collection had been exhibited almost exclusively inside Poland already, much of it at a museum in Krakow.

The sale was not without controversy. Several members of the Czartoryski Foundation board resigned after they said they were not consulted about the sale. They argued the foundation’s charter made any sale illegal. The charter was changed after the members resigned, they said. 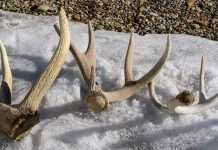