Jan. 27 (UPI) — Queen Elizabeth has added a new title and role for her grandson Prince William — Lord High Commissioner to the General Assembly of Scotland — though the position normally is held by a Scottish person.

Prince William, 37, is the Duke of Cambridge in Windsor, England, and second in succession to the British throne. He is married to Kate Middleton, and they have three children.

“The Queen has approved that His Royal Highness The Duke of Cambridge and Earl of Strathearn KG KT be appointed as Her Majesty’s Lord High Commissioner to the General Assembly of the Church of Scotland in 2020,” according to a news release Saturday by the Prime Minister’s Office.

Each year, the queen appoints someone to the role.

Serving the past two years was Richard Scott, 65. The Scottish landholder and peer is the Duke of Buccleuch and Queensberry, as well as Chief of Clan Scott. He is the eldest illegitimate son of King Charles II and his mistress, Lucy Walter, according to The Douglas Archives.

The Lord High Commissioner makes opening and closing addresses to the 850-member General Assembly and reports to the queen on its proceedings, which take place in May, generally in Edinburgh.

The commissioner resides at the Palace of Holyroodhouse and it is customary for the person to invite distinguished guests to stay at the Palace.

The Church of Scotland “is a Presbyterian church and recognizes only Jesus Christ as ‘King and Head of the Church,'” the Royal Family’s website says. The church is also entirely self-governing, represented at the local level by “kirk sessions” and at a national level by the General Assembly.

“Monarchs have sworn to maintain the Church of Scotland since the 16th century,” according to the website. “The duty to ‘preserve the settlement of the true Protestant religion as established by the laws made in Scotland’ was affirmed in the 1707 Act of Union between England and Scotland.

Starting in spring, Harry and his wife Meghan will no longer receive funds for royal duties. They also will repay the $3 million Sovereign Grant funds they recently spent to renovate their official residence, Frogmore Cottage, Buckingham Palace said in a statement on Jan. 18. 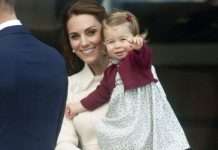