Warning: Images may disturbing to some viewers.

MONETA, Va., Aug. 26 (UPI) — Multiple news sources are reporting Vester L. Flanagan, the former employee of WDBJ7 in Virginia and suspect in Wednesday’s killing of a news reporter and videographer, has died of a self-inflicted gunshot wound.

Flanagan, 41, also known as Bryce Williams, was being sought by authorities as he drove a 2009 grey Ford Mustang. He was confronted by police on the Interstate-66 highway in Virginia when he shot himself.

Reporter Alison Parker, 24, and videographer Adam Ward, 27, who both worked for WDBJ7, were shot and killed during a live broadcast at about 6:45 a.m. at the Bridgewater Plaza in Moneta, Va., near Roanoke.

Flanagan apparently posted a video on social media of the moment before the shooting, where he is seen raising a gun at Parker.

The news crew was reporting on a feature story about the 50th anniversary of the Smith Mountain Lake. Vicki Gardner, head of the SML Chamber of Commerce, was being interviewed when she was also shot in the back. She was rushed to a hospital where surgery was performed.

The news video of the shooting shows Parker interviewing Gardner live on camera before shots rang out. Parker began to flee and the camera fell to the floor. A person, allegedly Flanagan, is seen walking across the camera, as he points a gun at videographer Ward.

“We do not know the motive,” Marks said. “We do know the Franklin County sheriff… they are working very diligently to track down both the motive and the person responsible for this terrible crime against two fine journalists.”

The news station thanked people who sent condolences during a live studio broadcast.

“I want to say that WDBJ7 is the best news team I’ve ever worked with,” Marks said. “This kind of loss will resonate for these halls for a long, long time as we remember in their short lives what dedicated journalism… and outstanding people they were.”

“Heartbroken over the loss of two members of our WDBJ7 morning family,” WDBJ anchor Kimberly McBroom said in a statement. “There are simply no words.”

“We didn’t share this publicly, but Alison Parker and I were very much in love,” Hurst said in a statement. “We just moved in together. I am numb. We were together almost nine months. It was the best nine months of our lives. We wanted to get married.”

“She worked with Adam every day. They were a team. I am heartbroken for his fiancee. She is our morning show producer. This is unconscionable,” Hurst added. 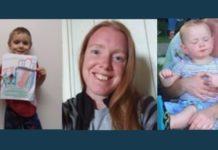