DENVER, Colo., Dec. 28, 2015 (UPI/The Sports Xchange) — Denver Broncos quarterback Peyton Manning strongly denied a report that is about to air and accuse him of using human growth hormone during his recovery from major neck surgery in 2011.

A documentary by Al Jazeera alleges Manning received the HGH from an Indianapolis anti-aging clinic and that it was shipped to Manning’s wife, Ashley, so he could avoid detection. Manning was a member of the Indianapolis Colts at the time.

Manning released a statement through the Broncos on Saturday night to rebuke the allegations.

“The allegation that I would do something like that is complete garbage and is totally made up,” Manning’s statement said. “It never happened. Never. I really can’t believe somebody would put something like this on the air. Whoever said this is making stuff up.”

Fleischer’s company, Ari Fleischer Sports Communications, has advised the NFL, Major League Baseball, the Pac-12 and Joe Torre in the past.

“Knowing Peyton Manning and everything he stands for, the Denver Broncos support him 100 percent,” the Broncos statement said. “These are false claims made to Al Jazeera, and we don’t believe the report.

“Peyton is rightfully outraged by the allegations, which he emphatically denied to our organization and which have been publicly renounced by the source who initially provided them.

“Throughout his NFL career, particularly during his four seasons with the Broncos, Peyton has shown nothing but respect for the game. Our organization is confident Peyton does things the right way, and we do not find this story to be credible.”

Manning angrily denounced the report in an interview on ESPN.

“Angry, furious, disgusted is really how I feel,” Manning told ESPN’s Lisa Salters on Sunday. “Sickened by it. I’m not sure I understand how someone can make something up about somebody, admit that he made it up, and yet somehow it’s published in a story. I don’t understand that.

“It’s completely fabricated, complete trash, garbage. It makes me sick that it brings Ashley into it, her medical history being violated. Any medical treatment that my wife received, that’s her business.”

The documentary titled “The Dark Side” reportedly based its investigation on comments made by Charlie Sly, a pharmacist now based in Austin, Texas. Sly has since recanted his story.

Sly formerly worked at Indianapolis-based Guyer Institute and he told Al Jazeera that the Mannings were going to the clinic after normal business hours to receive intravenous treatments.

William Burck of Quinn Emanuel, the attorney for Howard and Zimmerman, issued a statement criticizing the report.

“It’s inexcusable and irresponsible that Al Jazeera would provide a platform and broadcast outright lies about Mr. Howard and Mr. Zimmerman,” he said.

MLB said it was never made aware of the allegations but after reviewing all available information said “we intend to conduct a thorough investigation.”

Manning told ESPN on Saturday night that he has been to the facility but not for anything unsavory or unethical.

“Yes, I have been a patient under Dr. Guyer,” Manning told ESPN. “I have had nutrient therapy, oxygen therapy and other treatments that are holistic in nature but never HGH. My wife has never provided any medication for me to take.

Sly made his original claims to British hurdler Liam Collins as part of the Al Jazeera investigation. He later backed off his comments and said Collins secretly recorded him without consent.

“The allegation reported by Al Jazeera naming Peyton is absolutely false and it recounts behavior and events that never occurred,” Tom Condon said in the release. “The implications suggested by Al Jazeera are outrageous and baseless. Their source has already retracted his statements, as well as advised Al Jazeera those statements were meritless.

“Any further reporting of this matter is a retelling of falsehoods and fiction and complicity in the lack of journalistic ethics demonstrated by Al Jazeera.”

The Colts released a statement Sunday.

“We’ve been made aware of the recent Al Jazeera report concerning Peyton Manning and find it utterly ridiculous,” the Colts’ statement read. “We are thoroughly familiar with Peyton’s tireless work habits, his medical history, and, most importantly, his integrity. Peyton played the game in Indianapolis for 14 years the right way. He never took any shortcuts and it would be absurd to suggest he would have taken prohibited performance enhancing drugs.

“We also note that the ‘source’ of this allegation has since recanted his story. The entire Indianapolis Colts organization and the Irsay family hope this crude effort to besmirch Peyton’s reputation will not be permitted to tarnish the legacy of a great Colt.” 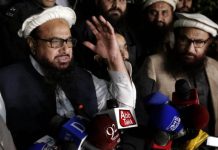 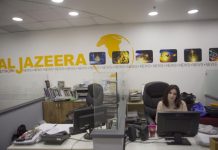 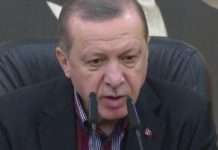