BUTTERFIELD CANYON, July 28, 2016 (Gephardt Daily) — An 18-year-old from Layton, who died after the truck she was driving left the road at the top of Butterfield Canyon near Herriman and plunged hundreds of feet into a steep ravine, has been identified.

UPD Lt. Lex Bell said the accident occurred at about 7 a.m. 9500 W. Butterfield Canyon (13055 South). The Canyon is just west of the city of Herriman.

A 16-year-old male and a 15-year-old female from Tooele, who were passengers in the truck, were transported in fair condition to Intermountain Medical Center in Murray.

Bell said the teens were near the top of Butterfield Canyon and headed east, when their vehicle went off a steep cliff and dropped approximately 275 feet before coming to a stop on all four wheels in a heavily wooded area.

Rupe, who was not wearing a seatbelt, was still inside the vehicle and died at the scene, Bell said.

The teenage passengers in the car were able to get out of the vehicle, and the boy called 911. Bell said the two also were not wearing seatbelts.

Bell said emergency responders from Tooele County were first to be able to reach the crash site, and help the teenagers back to the road so they could be transported to hospital.

Bell said the truck was so far from the road it may not be able to be retrieved. 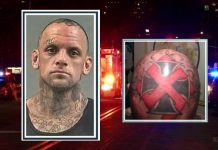 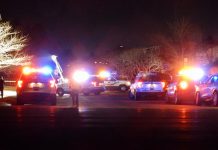