SANDY, Utah, Sept. 8, 2019 (Gephardt Daily) — A motorcyclist was severely injured Saturday night when he was thrown at least 100 feet from his bike after colliding with a car.

Lt. Mark Soper, Sandy Police Department, said the motorcycle was westbound on 11400 South when it slammed into a vehicle that had exited Interstate 15 to turn east. The wreck happened at about 9 p.m. under the I-15 overpass on 11400 South.

The motorcyclist was wearing a helmet, Soper said. He was ejected from the bike and was transported in serious condition by ground ambulance to Intermountain Medical Center. Soper said the man survived the crash and his injuries aren’t considered life-threatening.

The driver of the passenger car was walking around and talking with officers.

The police are working to corroborate witness statements that someone may have run a red light, but it wasn’t clear at what exact point the light changed. Officials planned to check the timing and sequence of the lights, Soper said.

It is still early in the investigation, and Soper said it isn’t yet known if speed or impairment were factors in the crash.

Wreckers were en route and the scene was soon cleared. 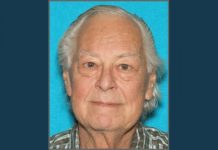 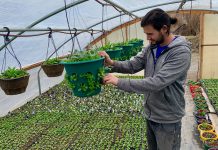