LOGAN, Utah, July 9, 2019 (Gephardt Daily) — An Ogden man has been jailed in Logan after police say he fled a traffic stop in Box Elder County in a stolen vehicle.

Jorge Ceja-Gonzalez, 23, was charged Sunday on  suspicion of:

According to a probable cause statement, an officer of the Perry City Police Department initiated a pursuit of Ceja-Gonzalez after a traffic violation, but the suspect fled in the vehicle, a silver Toyota Corolla with no licence plate on the back.

“The vehicle was pursued by officers through Sardine Canyon and into Cache County,” the statement says. “Once at the traffic light of Highway 101 and Highway 89/91 in Wellsville, Perry City and Utah Highway Patrol terminated the pursuit.”

At Rainbow Drive and 1000 West, Logan, officers observed the vehicle turn eastbound into the neighborhood, the statement said.

“A perimeter was set up so the suspects could be apprehended. Officers entered the neighborhood and located the vehicle at 80 Crayon Court, within the limits of Logan City. The vehicle was unoccupied.”

Officers found a license plate on the front of the car, and National Crime Information Center check determined the car has been stolen out of Ogden.

“After searching the area, officers were led to a house about a half block away from the vehicle’s location where the suspect, Jorge Ceja-Gonzalez, was located while hiding under a trailer. Jorge Ceja-Gonzalez was safely taken into custody.”

A search of the vehicle turned up checks dated a few days earlier that did not belong to Ceja-Gonzalez or to the owner of the stolen vehicle. Officers also found a marijuana pipe, the statement says.

After being read his Miranda Rights, Ceja-Gonzalez, who is on probation out of Weber County, was transported to the Logan City Police Department and interviewed.

He admitted to fleeing police, the statement says.

“He further admitted the vehicle belonged to his sister and that he did not have permission to drive it. Jorge Ceja-Gonzalez stated he has had the vehicle for a week or more. Inside the vehicle was located checks that were dated July 3, 2019. Several other pieces of mail were also located that contained names not associated with the registered owner or the suspect. Mail from Smithfield, Utah, and checks from Morgan County and Weber County were also located within reach of the driver.”

Ceja-Gonzalez admitted the marijuana pipe was his, and his fingerprints would be found on the checks.

During the investigation, Jorge Ceja-Gonzalez hid under a trailer and delayed the investigation. A laptop was located inside the vehicle which he stated belonged to “a crazy white-guy that must have left it there.”

Jorge’s passenger, however, stated it was her laptop and she brought it to show Jorge and get a charger for it. Jorge then changed his story and stated the laptop belonged to his passenger.

Ceja-Gonzalez was also found to have an active No Bail — Failure to Appear warrant out of Ogden’s 2nd District Court for unrelated charges. 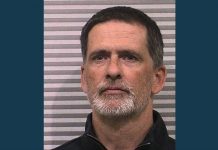 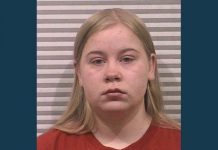