The Nomises were arrested on suspicion of felony theft after $125,000 was found to be missing, a statement released by the Sweetwater County (Wyoming) Sheriff’s Office says.

The GRFD Foundation was created to supplement the GRFD financial needs, and kept accounts for equipment, victim needs and other designated purposes, the Sheriff’s statement says. Much of the money was donated. Use of all funds was regulated by the Foundation and city bylaws.

“According to court documents, a comparison of bank statements with related financial records over the time period August 2016 through Jan. 2020 reveals a total of at least $125,000 from the three foundation accounts and the social fund that is either missing (and now accounted for through the course of the investigation) or that is still unaccounted for (and remains under investigation),” the SCSO statement says.

The Nomises were arrested Friday “separately and without incident.”

Michael Nomis is charged with felony theft and wrongful appropriation of public property, the statement says. Stephanie Nomis is charged with felony theft. In Wyoming, felony theft of more than $1,000 is punishable, on conviction, by a maximum of 10 years incarceration, a fine of not more than $10,000, or both. Wrongful appropriation of public funds is punishable by a maximum of a year incarceration, a $1,000 fee, or both.

The Nomises were in the custody of the Sweetwater County Detention Center, being held without bond, when the SCSO statement was released on Monday. 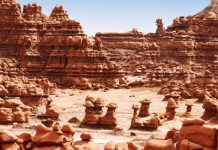 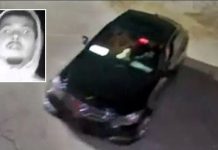 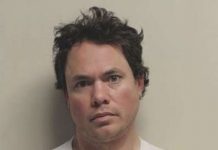