Sept. 10 (UPI) — Prince William made his first public remarks Saturday since the death of his grandmother, Queen Elizabeth II, remembering her as an extraordinary leader.

“So much will be said in the days ahead about the meaning of her historic reign,” he wrote in a statement. “I, however, have lost a grandmother. And while I will grieve her loss, I also feel incredibly grateful. I have had the benefit of The Queen’s wisdom and reassurance into my fifth decade.”

William wrote about the importance of having her by his side in all aspects of her life.

“She was by my side at my happiest moments. And she was by my side during the saddest days of my life,” he said. “I knew this day would come, but it will be some time before the reality of life without Grannie will truly feel real.”

William was there when his father, Charles, was formally proclaimed King during a ceremony with new Prime Minister Liz Truss and other senior figures in the privy council at St. James’s Palace in London on Saturday morning.

King Charles announced on Friday that William and Kate will become the new prince and princess of Wales.

“I will honour her memory by supporting my father, the King, in every way I can,” the prince said.

William and Kate joined Prince Harry and Meghan Markle outside Windsor Castle on Saturday, where they greeted well-wishers and viewed flowers and tributes to the queen.

Buckingham Palace announced that Queen Elizabeth’s funeral will be held at Westminster Abbey at 11 a.m. on Sept. 19. The queen’s body will lie in state in Westminster Hall for four days, beginning Sept. 14. 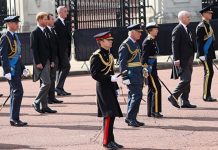 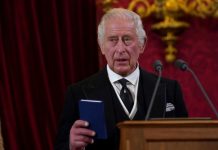 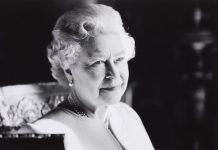