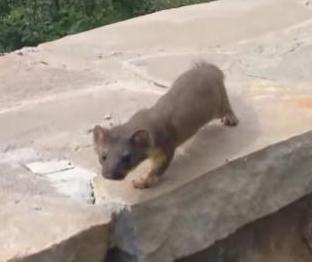 PARK CITY, Utah, June 5 (UPI) — A Park City man captured footage of a family of long tailed weasels adorably attempting to climb over a wall to follow their mother.

Jeff Zenger said he shot the YouTube footage in Park City, where he spotted the baby weasels attempting to follow their mother over the outdoor wall.

Some of the babies have difficulty climbing and fall a few times before making it to the top.