April 1 (UPI) — Yellow car drivers gathered in England to rally in support of an “ugly” car that was vandalized for obstructing a picturesque view.

A total of 100 cars in varying shades of yellow drove down the streets of Bibury as a measure of solidarity with 84-year-old Peter Maddox and his yellow Vauxhall Corsa.

A vandal scratched the word “MOVE” into the side of Maddox’s car, which was regularly parked outside of his Cotswolds cottage in 14th-century Arlington Row.

Organizer Matty Bee, from Coventry, decided to gather the fleet of yellow cars including vans, high-end sports cars and classic roadsters together on Saturday for “a celebration of anything yellow” to show Maddox his car is appreciated.

“The response has been amazing and overwhelming; people from all over the country and all over the world have applied to join the group,” he said. “We’ve had everything here from a three-wheeler and a Mini to a Lamborghini super car…I’ve never seen so many yellow colored cars in one place.”

Maddox, who was prepared to buy a lime green car in an act of defiance if the scratches on his yellow car were too expensive to remove, said he was “overwhelmed” by the display of support. 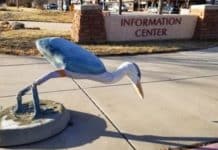 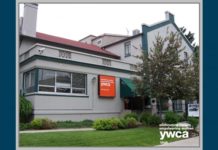