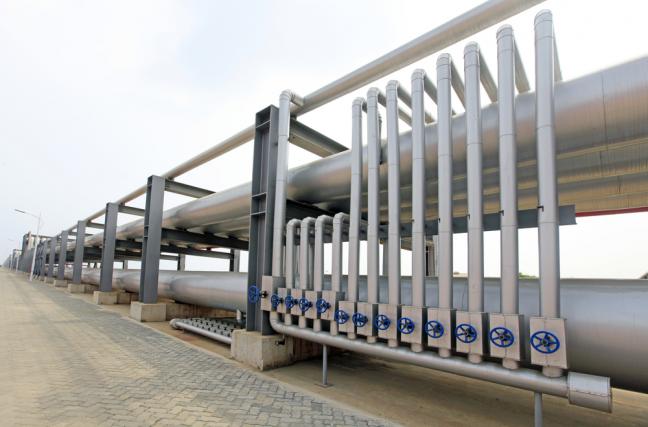 DES MOINES, Iowa, May 13 (UPI) — A southeast Iowa landowner claims he was offered time with a prostitute in exchange for access to his property for the construction of a crude oil pipeline.

Montrose resident Hughie Tweedy said Monday that a representative from Dakota Access LLC shared the offer three separate times, ABC affiliate KCRG reports. In exchange for “the sexual services of a woman,” the representative asked for permission to run a pipeline through his land.

Dakota Access is looking to build a 1,134-mile pipeline between North Dakota and Illinois. The project website says that it will transport approximately 450,000 barrels of domestic crude oil a day. It also says that protecting the rights of landowners is a top priority for the project.

“We will listen to and address questions from the community, landowners and other interested stakeholders about the project…It is our intent to live up to our promises of openness, honesty and responsiveness before, during and after construction,” it read.

Tweedy claims that the representative offered “a $1,200 teenage prostitute” after he repeatedly said he did not wish to have a pipeline built through his property. He says he recorded two face-to-face conversations, but was warned by his lawyer not to play them for the media.

On the steps of the Iowa Capitol, the landowner reportedly urged lawmakers to stop the pipeline project

“I don’t care if it’s a highway to heaven paved in gold, I don’t want it on our property,” he said. “I will do everything humanly possible to peaceably resolve this.”

Dakota Access is reportedly looking into Tweedy’s allegations. Spokeswoman Vicki Anderson Granado wrote to the network, in an email, that the company is “aware of allegations that have been made concerning the conduct of an employee of one of our contractors. We take these types of matters very seriously and are investigating further.”