KEY WEST, Fla., May 11 (UPI) — Police in Key West helped to rescue a woman who had become stuck in a giant banyan tree.

The Key West Police Department posted a photo on Facebook  showing the woman’s legs sticking out from the tree’s aerial roots.

Officer Scott Standerwick worked alongside firefighters to rescue the woman, who happened to be a Key West local, from the tree.

“They popped her out like a cork,” a Key West Police Department spokesperson told ABC 10.

The woman had reportedly been trying to climb the tree before she became stuck. 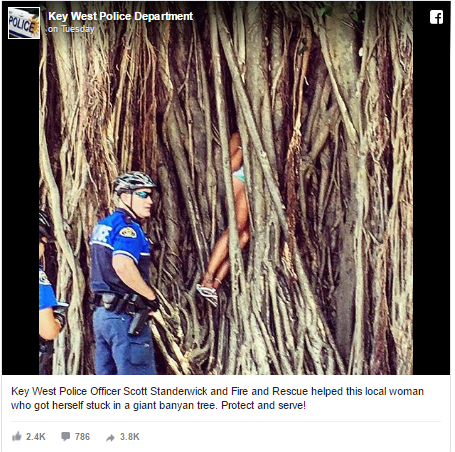