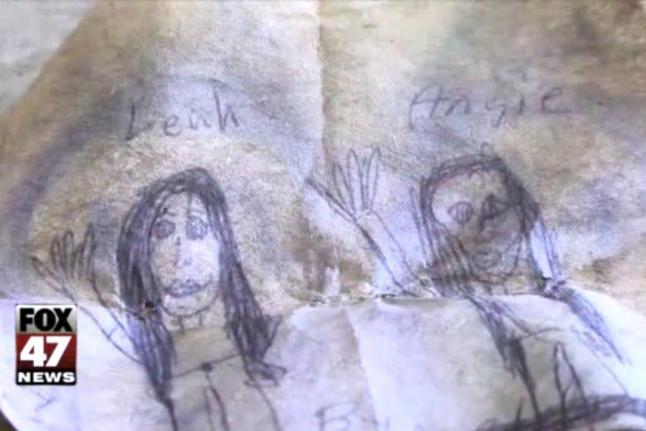 Terry Smith said he was searching for morel mushrooms Monday on the shore of the Grand River in Ionia when he discovered the bottle containing drawings and messages written by a pair of young girls in 1994.

The messages said the girls, Angela and Leah, were from Lansing, about 35 miles up the river.
“And they stated that they would be 12 in 1994 and their birthday was Oct. 27,” he told WXMI-TV.

Smith said he brought the letter to the media’s attention with the hope of finding the girls.

“I thought it would be quite an experience if I would get a hold of them and let them know that I did find their message,” Smith told WILX-TV.

WILX-TV was able to contact one of the girls, Leah Sedelmaier.

She said she does not remember putting together the bottled message.

“We used to play in this creek that’s back here in the neighborhood; and, we used to make rafts and have races with them. I totally believe we would’ve done something like that,” she said.

Sedelmaier said she plans to contact Angie to ask her about the bottle.

Smith said he plans to keep the papers from the bottle in a photo album as a souvenir.