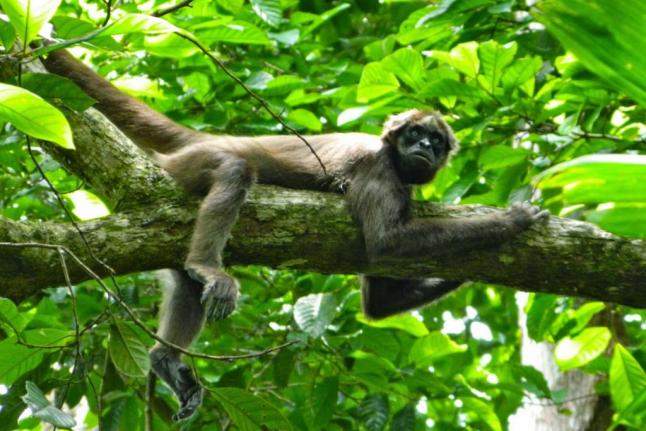 Social Grooming Can Promote the Spread of Disease Among Monkeys

DECATUR, Ga., May 19 (UPI) — The system of social grooming among spider monkeys isn’t perfect. Like many other biological strategies, there are both costs and benefits.

The benefits are self-explanatory — during social groom sessions, spider monkeys help pick out pest infestations, ridding each other’s skin and hair of lice and other invaders. But a new study proves the practice also puts monkeys at risk of picking up internal bugs, gastrointestinal parasites.

“Previously, it was generally assumed that animals are more likely to pick up these parasites from feces or other environmental sources,” study leader Thomas Gillespie, a disease ecologist at Emory University, explained in a press release. “Our research shows that the external surfaces of animals can serve as viable locations for development to infective stages of such parasites.”

Spider monkeys are fission-fusion socializers, meaning they interact with a large group, but break up into small groups to hunt for food.

“They basically hang out with whoever they want, and that changes often,” Gillespie said.

During a two-year study, Gillespie and a team of researchers followed the behavior of a group of brown spider monkeys in the rainforests of Colombia. In tracking their socialization and grooming habits, as well as testing their feces, they found that close physical contact — not mere proximity — was associated with the risk of picking up internal parasites.

“Our findings suggest that social grooming is the biggest risk for parasite transmission among this community of spider monkeys,” Gillespie says. “The groomer is removing matted fur and debris from another monkey, and some of that debris can contain active life stages of parasites that are not visible to the naked eye.”

The research was published this week in the journal Philosophical Transactions B.