LONDON, Nov. 20 (UPI) ─ The skull of the bear that inspired popular children’s book character Winnie-the-Pooh was put on display for the first time at a museum in London.

The Royal College of Surgeons placed the skull on display at the Hunterian Museum to allow patrons to learn about the real life bear that inspired author A.A. Milne’s classic series of children’s stories.

“Her story and presence in our collection are a reminder of how learning about animal health can enhance our understanding and care for species around the world,” said Director of Museums and Archives Sam Alberti.

Alberti went on to reveal details about the bear, saying that she shared the same affinity for sweets as the character she went on to inspire.

“She did suffer from quite severe gum disease that led to a lot of her teeth coming out,” he said “And we think being fed sticky sweets by children for 20 years probably didn’t help.”

Winnie originally belonged to Canadian soldier Captain Harry Colebourn, who left her at the London Zoo as his regiment was deployed to France in 1914.

It was here that she became a favorite of Milne’s son Christopher Robin, who adored the bear so much that he chose to name his prized teddy bear after her.

When Winnie passed away in 1934, her skull was donated to the Odontological Museum, which fell within the Royal College of Surgeons’ collections where it was recently rediscovered and put on display. 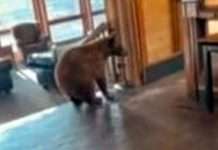 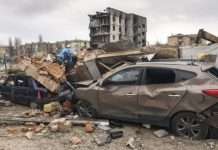