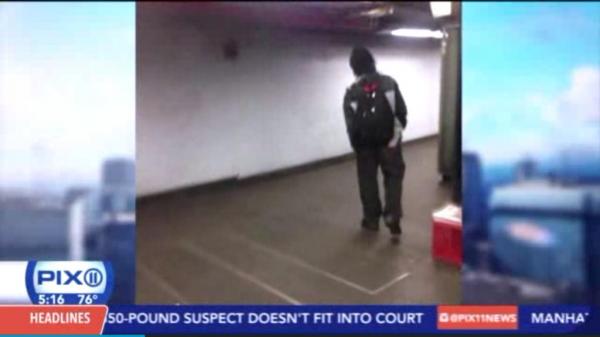 NEW YORK, May 11 (UPI) — A woman who created a website detailing her encounter with an upskirt photographer in the New York subway said she wanted to “raise awareness” and spur police action.

The woman, who requested anonymity, said she was at the Fulton Street subway station in Manhattan Thursday morning when “the guy lifted up my skirt and put his phone under it to take a picture up my skirt.”

“I felt what felt like a  draft up my skirt and I was listening to a podcast, so I wasn’t  very aware of what was going on around me but then the woman next to me started screaming ‘what’re you doing,'” she told WPIX-TV.

A witness was able to snap a picture of the man from the back.

“So, my witness was on the lookout for this guy because this happened to her back in April and she was able to get a picture of him but she was never able to report it or find him after,” the woman said.

She said she created her website, Helpless in Fulton, after being unsatisfied with the reaction from police, who she said were “very nice but completely at a loss as to what to do.”

“I wanted to alert people about the creep in Fulton Street as well as make it known that our police may not be well equipped to assist victims of sexual offenses in the subway,” she wrote on the site. “I also wanted to raise awareness about how often this happens to people and how often we’re expected to just accept it as a condition of living in the city.”

The woman posted an update Saturday saying she had finally been contacted by police investigators.
“The lines of communication have opened,” she wrote.