ROY, Utah, Feb. 23, 2020 (Gephardt Daily) — A woman has been found deceased after a fire at a residence in Roy early Sunday morning.

Firefighters from Roy, South Ogden, Clinton and Weber Fire District were dispatched to the scene, near 2825 West and 4975 South, at 5:03 a.m.

One person was unaccounted for as a result of the fire.

Roy City Deputy Fire Chief Leroy Gleichmann gave Gephardt Daily an update Sunday afternoon, saying crews had located the body of a woman in a room at the back of the house, in an area that may have been a bedroom or bathroom.

There were also four cats inside the home at the time of the fire; one cat was found deceased and the other three are not accounted for.

There were no injuries to firefighters, Gleichmann said.

Roy City Fire Captain Matthew Heslop told Gephardt Daily earlier Sunday both the home and the garage were fully involved and crews undertook a defensive attack due to the conditions and the residence not being safe to enter.

They then added structural support after the fire so they could safely enter the home.

A fire marshal has been on scene working to determine the cause of the blaze.

The name of the victim has not yet been released, pending notification of next of kin. 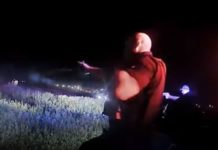 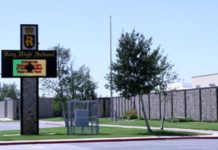