April 13 (UPI) — Krispy Kreme wants to give American drivers some relief on doughnuts if they’re not finding any at the gas pump.

Starting Wednesday, people can buy a glazed dozen from Krispy Kreme for the same price as the national average for a gallon of gas — which fluctuates regularly.

The “doughnut deflation” deal will be offered on Wednesdays each week through May 4, the company said. Customers are limited to 24 doughnuts as part of the deal.

“We know that despite the high gas prices people have to be out and about anyway. So, for the next several Wednesdays, we hope providing a little doughnut deflation will allow them to share some smiles during a difficult time.”

Typically, the cost of a dozen glazed is between $10 and $12. Krispy Kreme set the price for a dozen at $4.11 on Wednesday, which was the average AAA reported on Monday.

On Wednesday, AAA said the national average had declined to $4.08 per gallon. The cost has come down substantially over the past couple weeks — partly because of policy decisions such as President Joe Biden tapping the U.S. strategic reserve for an extra 180 million barrels of oil. On Tuesday, Biden said the government is suspending a ban on sales of gasoline with a 15% ethanol blend this summer, which should improve fuel efficiency.

Earlier this week, AAA said that the national average had fallen by 8 cents per gallon compared to last week. It fell another 3 cents between Monday and Wednesday.

Energy prices, including gas, have been a major contributor to rising inflation in the United States over the past several months. The Labor Department said on Tuesday that U.S. inflation rose by 8.5% over the past 12 months ending in March — the highest rate in more than 40 years. 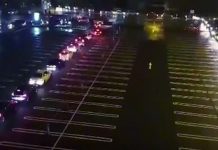 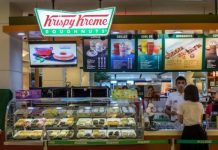 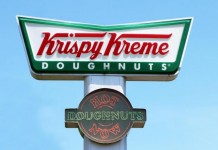