Police told news outlets they found Mirra dead of an apparent self-inflicted gunshot wound in Greenville, N.C., where he lived. The BMX cyclist was discovered dead in a truck after visiting with friends hours earlier.

Mirra was married and has two children, Madison and Mackenzie. Police are investigating the death.

Mirra posted two throwback photos on Instagram the day of his death, including a picture of himself with his wife, Lauren. The athlete captioned the picture, “My rock! Thank god.”

“Dave’s wife and family are shocked and saddened by the loss of such a remarkable person whom they loved so deeply,” the star’s family said in a statement Friday. “Thank you for your kind thoughts and prayers and for respecting their privacy through this difficult time.”

Mirra joined his first BMX team at age 13 and turned professional in 1992. He medaled at every X Games from 1995 to 2009, earning 24 medals total, and was known for such feats as a double backflip and a 360 no-handed backflip on his bike.

“I was just a 13-year-old kid,” he recalled in a May interview with Gear Patrol. “They noticed me and ended up giving me a co-sponsorship with Haro. For a young kid in upstate New York, that was huge, and it was a big motivating factor to get recognized by my heroes.”

Greenville mayor Allen Thomas remembered Mirra as “a great friend and wonderful human being who touched the lives of so many around him” in a press conference.

“Dave Mirra, your courage, determination and natural skill in everything you pursued pushed the world of action sports to become a better place. From all of us at X Games and ESPN, we salute your contributions,” a statement from ESPN said. “Our sincere condolences go out to Dave’s wife, Lauren, his daughters Mackenzie and Madison, the BMX community and friends of Dave Mirra.”

“Goodbye Dave Mirra, a true pioneer, icon and legend,” Hawk tweeted. “Thank you for the memories… we are heartbroken.” 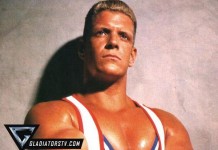