LOS ANGELES, Feb. 15 (UPI) — John Legend executive produced and appears in the PBS docuseries “The Black Church: This Is Our Story, This Is Our Song.” Legend remembers going to a Pentacostal church, where his grandfather was pastor, grandmother and father played instruments, and his mother was choir director.

“It was what inspired me to want to sing,” Legend said on a Television Critics Association Zoom panel. “I was around all this singing and I wanted to be part of it.”

Host and executive producer Henry Louis Gates Jr. originally asked Legend to give an interview for “The Black Church” before Legend joined as a producer. The documentary explores the development of the Black church in the United States from slavery through the Civil Rights movement to today.

“The church has been so important to who I am as an artist and as a human being, I felt like it was a no-brainer for me to say yes,” Legend said. “I knew I would be in good hands and that [Gates] would tell the story in a way that was really honoring the history of the Black church in our country.”

The 42-year-old singer, who released his debut album “Get Lifted” in 2004, and his seventh album, “Bigger Love,” in 2020, told Gates he would not sing during his interview. However, Gates figured out a way to coax a song out of Legend. When Legend mentioned a hymn, Gates claimed he didn’t know the song and asked for a demonstration.

“The whole time, I had to figure out how I could get around this,” Gates laughed.

After Legend’s interview, Gates asked him to executive produce with his company, Get Lifted Film Co. Named after his first album, “Get Lifted” also produced the Netflix holiday movie “Jingle Jangle.” Legend said he sees “Get Lifted”‘s role in “The Black Church” as promotional and explaining its importance to potential viewers.

“I think us learning about the resilience and the community that was built in the Black church is an essential part of us understanding how Black folks have made it this far in this country,” Legend said. “There were so many forces that were conspiring against us doing so.”

Legend said emancipation and desegregation movements drew on Biblical stories, adding that. Moses demanding that Pharoah “let my people go” in the Book of Exodus also was a mantra against slavery and Jim Crow laws.

“When Dr. [Martin Luther] King sang, ‘I’ve been to the mountaintop,’ he’s referring to Moses being on the mountaintop,” Legend said. “Not getting to the Promised Land with the Israelites, but seeing it and getting them to the doorstep, basically, of freedom.”

Gates also uncovers how Black churches incorporated African traditions in their worship. He said some African slaves came from Roman Catholic regions like the Congo and Senegambia. Muslims were represented, too.

“The others practiced traditional African religions of various kinds, which we would call ancestor worship,” Gates said. “Imagine just treating them like they were stirred around in a big religious foundational stew.”

Gates added that by the 1730s or 1740s, many Black people were baptized as Methodists. Legend appreciated how the documentary shows the Black church still drew on African traditions after adopting Christianity.

“Even though this is perceived as a White man’s religion, we made it our own,” Legend said. “We brought some of our own traditions, some of our own practices to the way that we worshipped. We remixed it, we flipped it, we did our thing with it.”

Legend said Jesus’ teachings about caring for the poor and downtrodden also resonated with Black people throughout American history.

“As members of the lowest caste in American society, we have taken that on as a way of encouraging resilience and seeing a bigger purpose in our struggle and in our suffering,” Legend said.

“The Black Church” will be a two night event on Tuesday and Wednesday at 9 p.m. on PBS. 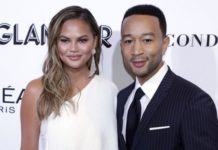