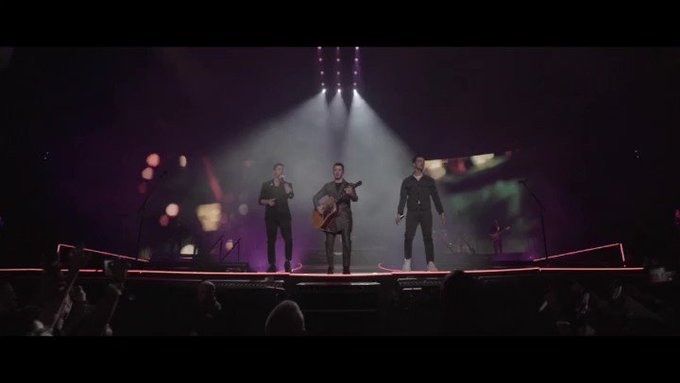 2,219 people are talking about this
Jan. 24 (UPI) — The Jonas Brothers announced Friday a new Las Vegas residency for the month of April.
The band will be performing on select dates from April 1-18 at the Park Theater at Park MGM. All shows are scheduled to begin at 8 p.m. PST.Tickets starting at $69 go on sale for the general public starting on Jan. 31 at 10 a.m. PST through Ticketmaster. Tickets can also be purchased through the MGM Resorts International Call Center.

“Let’s get it! Let’s gooooo!!” the Jonas Brothers said on Twitter alongside a promotional video for the residency featuring the group performing onstage.

The Jonas Brothers recently released a new music video for their single “What A Man Gotta Do” that featured their spouses Sophie Turner, Priyanka Chopra and Danielle Jonas.

Joe, Nick and Kevin Jonas will perform “What A Man Gotta Do” live Sunday during the 2020 Grammy Awards.

First Lady Jill Biden to travel to Utah next week