The “Applause” singer, who turns 30 on Monday, March 28, partied with fiancé Taylor Kinney and several other celebrities at No Name restaurant in West Hollywood.

Lady Gaga wore a sequined Saint Laurent minidress and sparked wedding rumors with a simple gold band in place of her engagement ring. The singer performed the song “Paparazzi” for her guests, according to Entertainment Tonight.

“She sounded amazing,” a source told E! News of the performance. “Everyone sang ‘Happy Birthday’ to Gaga and it was a perfect night.”

Lady Gaga and Kinney met on the set of the singer’s music video for “You and I” in 2011 and got engaged in February 2015. Kinney discussed wedding plans with E! at Paley Fest last week, saying Lady Gaga is in charge of the details.

Lady Gaga last released Cheek to Cheek with Tony Bennett in 2014 and has her fifth studio album in the works. She will return on American Horror Story Season 6, while Kinney plays Lt. Kelly Severide on Chicago Fire. 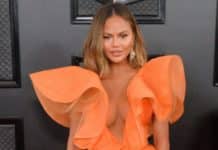 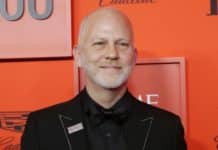