The parade started in 1924 and has been broadcast live on NBC since 1948. The 2.5 mile long route starts on West 77th Street and Central Park West in the Upper West Side and ends in Macy’s Herald Square in Midtown.

The annual event is known for its giant balloon characters, balloonicles (an inflatable/vehicle combination), floats, marching bands, clowns, performers and performance groups. This year, there will be five new floats and four new balloons, plus a special appearance by Mariah Carey, who is opening for Santa Claus.

The event is set to be hosted by Today’s Savannah Guthrie, Hoda Kotb and Al Roker, but as Roker is recovering after being hospitalized for blood clots in his leg and lungs last week, it remains to be seen whether he will be there. Guthrie has hosted since 2012, Kotb has hosted for the past three years and Roker has hosted since 1995. 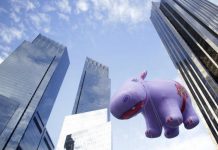 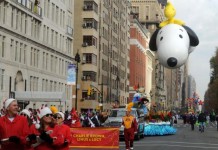