“These new portraits which have been released to mark the 40th will be shown in the community in three meaningful places: Berkshire, St Andrews, and Anglesey, as part of the @NPGLondon nationwide ‘Coming Home’ exhibition, ahead of the Gallery reopening in 2023,” the Duke and Duchess of Cambridge’s Twitter account said Saturday.

The photos were snapped by Paolo Roversi.

One shows the duchess smiling widely, directly at the camera. She is wearing a red gown with one puffy sleeve and one bare shoulder.

Another is a more serious, sepia-toned profile shot of Middleton wearing a voluminous, light-colored dress and showing off her engagement ring, which once belonged to William’s late mother, Princess Diana, who died in a Paris car crash in 1997 when she was 36.

The third image is a closeup, vintage-looking photo of Middleton smiling and wearing a ruffled frock.

“Thank you for all of your very kind birthday wishes, and to Paolo and the National Portrait Gallery for these three special portraits,” Middleton posted on Sunday.

Middleton married William in 2011. They are the parents of Prince George, 8, Princess Charlotte, 6, and Prince Louis, 3. 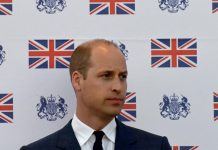 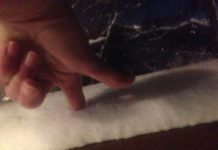