LAYTON, Utah, Sept. 27, 2017 (Gephardt Daily) — A week after an estimated 400 bats in Salt Lake City’s West High School made headlines, five times that many have been reported in the auditorium of Layton High School.

The estimated 2,000 bats are part of an annual migration the school district has come to expect, a Davis School District spokesman said. It’s just the large scale of the infestation that caught officials off guard.

The animals are released elsewhere. Bats are protected under the law, and cannot legally be exterminated.

Williams has said that auditorium dampers were not closed properly. Cooler temperatures outside probably added to the appeal of the auditorium as a sheltering spot, he said. Only a few bats have been seen outside the auditorium, which is currently closed to use.

After all bats are removed, the auditorium will be fully cleaned. 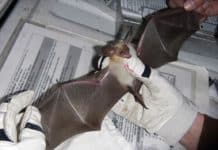 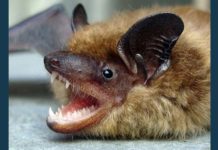 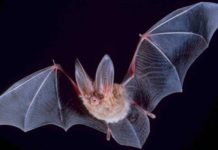