In a Wednesday press release the sheriff’s office said evidence at the scene verifies witness accounts that the incident was accidental.

Thompson was hiking with her husband, Colton, an officer with the Richfield Police Department, when she fell an estimated 75 to 100 feet in the Bulls Head area

First responders included Richfield police and an off-duty sheriff’s deputy who began life saving measures. EMTs and search and rescue personnel subsequently transported Thompson to a waiting ambulance. She was taken to a local hospital, where she succumbed to her injuries.

“Candice was at an edge of an overhang that was eroded away underneath,” Wednesday’s press release said. “Due to deteriorating conditions of the rock combined with winter weather and moisture, the deteriorated rock edge where she was standing broke away.”

“Close examination of the cliff face and ledge show recent fractures and exposure, where other edges show exposure to the weather,” the report said.

“According to the witnesses, the husband was 20 feet up the hill from Candice,” the release continues. “Witnesses indicate he ran immediately to the edge looking for her and then ran around the hill to get to where she was. The husband dialed 911 as he was scrambling down the ridge.”

The Utah Medical Examiner’s Office also has investigated the cause of death. Their investigation at this time has not yielded any suspicious causes other than the fall.

Thompson’s death has generated an outpouring of emotion.

“The last couple of days have been heartbreaking for our department family. Candice has been a part of our family for most of her life. Her father and I worked many years together and Candice was always a part of that. After Russ retired I hired his son in-law, Colton.

“Candice continued being part of our family as a wonderful wife to Colton.

“To say that there is a hole in our hearts today is just simply understated because there is just no words.

“Thank you to this wonderful community in which we live for all of the support given to our department and to the Thompson and Horton families.”

“Thank you to all of those that responded alongside of our office to try and save Candice.

“There are far too many to mention by name, but you know who you are and your service is appreciated. 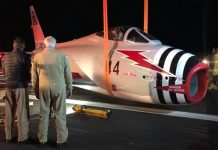 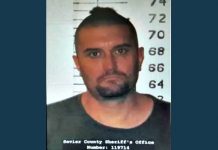